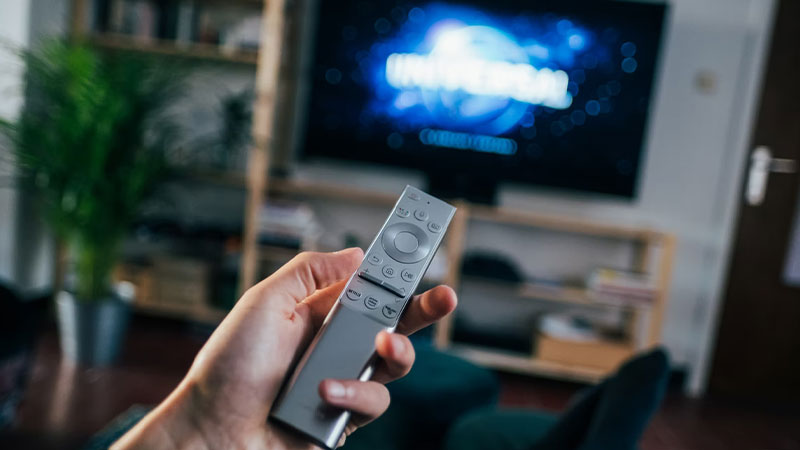 Buffering of videos is now a thing of the past. Unimaginable as it is, we have come a long way now. The creation of streaming devices has made it easier for us to watch movies with crystal clear quality and without any interruption.

A streaming device is a piece of hardware that allows you to play audio and video from your computer to your smart TV. You probably have seen or heard about quite a few of them, such as Apple TV, Roku Streaming Stick Plus, Amazon Fire TV Stick, and Google Chromecast.

This article will talk about one of the most popular and budget streaming devices that is easy to understand and suitable for beginners—the Amazon Fire TV stick. Read on to find out more.

What is the Amazon Fire TV Stick?

The Amazon Fire TV Stick, famously known as ‘Fire Stick,’ is a small streaming device that Amazon manufactured. It allows you to watch broadcasted videos on your television via your internet connection.

The device connects to your home WiFi and to the back of your TV through HDMI (either with the stick itself or with the accompanying adapter for tight connections). Then, it sends content to your display via apps, just like your smartphone.

The newest update also allows Amazon Fire TV Stick to control your TV’s power and volume along with the pause or play function and the navigation options. They also have the Alexa voice command integrated into the fire stick, which removes the need to use a remote.

Where to Buy the Amazon Fire TV Stick?

The obvious that will pop into one’s mind is the website Amazon.com. The Amazon Fire TV Stick is among the amazon best sellers in the USA and worldwide.

Buying through the amazon website will give you opportunities for huge discounts deals. And since amazon also distributes its products in retail shops, you can buy the Amazon Fire TV Stick from shops like BestBuy, Target, Staples, Argos, and Tesco, and so on.

You can also buy second-hand or used Amazon Fire TV Stick from eBay or other similar websites.

Which Model to Choose?

There are four Amazon Fire TV Stick unit models, but most users choose between Fire TV Stick and Fire TV Stick 4K. Both gadgets are pretty identical, and they now use the same remote to operate your television.

The output resolution and computing power are the primary differences between the Fire Stick and Fire Stick 4K.

The Fire Stick is designed to work with older 1080p televisions and features a 1.3GHz MediaTek CPU that can perform most of the tasks you throw at it.

The Fire Stick 4K raises the resolution to 2160p, which is ideal for 4K screens and boosts the CPU speed to 1.7GHz, mainly to push the extra pixels to your television. Another benefit of the Fire Stick 4K is that it has Alexa Voice Command integrated into the fire stick.

Regarding buying, both Fire TV Stick and Fire TV Stick 4K are good and depend on what TV you’re using or are planning to use. Either way, there’s only a 10$ difference between them both, and the Fire TV Stick 4K is more of a better option, especially if you have a better quality TV.

How to Set Up The Amazon Fire Tv Stick?

Amazon provides the guide for its Amazon Fire TV Stick, but here’s a general step by step guide on how to set it up;

To finish setting up your Fire Stick, follow the on-screen directions. Pairing the remote, configuring the language, connecting to Wi-Fi, and logging into your Amazon account are all part of this process.

Now you can download any video-streaming apps like HBO, Hulu, and Netflix, as well as any games and music, after signing in to your Amazon account. If you want more information, tips, and tricks for the Amazon Fire Stick, you can visit reputed websites like Fire Stick Tricks.

You will be able to watch Prime Video if you are a Prime member. Alexa can also check the weather and add goods to your Amazon shopping basket.

How to Install Apps on Fire Stick?

If you want to stream your favorite shows, you need to download the apps so, here’s a step-by-step on how to install apps on firestick;

Streaming devices such as Amazon Fire TV Stick have only made our lives easier. We can now say goodbye to problems like low-quality pixelated videos and non-stop buffering.

Moreover, the Amazon Fire TV Stick added voice command has only made it even easier by eliminating the need or use of a remote control unit.