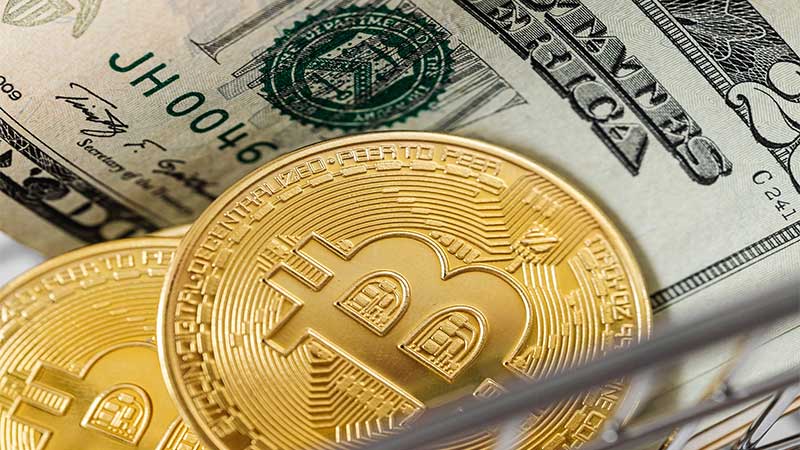 The concept was introduced only a few years back, so many people are not clear about ‘what is cryptocurrency?’ It is a type of digital asset that uses blockchain technology and cryptography.

When it first came in 2009, nobody knew it was going to be so big. Now, there are thousands of cryptocurrencies doing the rounds. However, bitcoin was the one that made the most impact and is still popular. It is a decentralized form of digital currency where the government does not have any control or regulatory laws, as such.

While a lot of people are switching to cryptos as a medium of exchange, the big question arises that whether a cryptocurrency will become as common as money in the future? Some people believe that cryptocurrencies do have the power to replace fiat currencies in the future because they are convenient to carry and owned by users. On the other hand, physical currencies are owned, managed, and controlled by the government; and every state or country has its currency. So, we cannot stop the rapid growth of cryptocurrencies, but they cannot replace the physical currencies issued by the government.

The Workings of Cryptocurrency

Cryptocurrency is an encrypted decentralized digital exchange that can be used to carry transactions using cryptography. The crypto transactions are accumulated or recorded in a public ledger that works on the principles of blockchain. Moreover, the tracking process of these transactions on the blockchain is known as crypto mining.

Even though there are tons of cryptocurrencies available in the market like Litecoin, Petro, Dogecoin, etc., when we think of crypto, the first word that comes into mind is bitcoin. It is a relatively stable and mature form of virtual money that does not need a bank to make transactions. Bitcoin transactions happen without any third-party mediation.

Bitcoin is similar to a physical coin and people often use it for trading, like purchasing goods or services online. You can use it from digital wallets. More and more people are trading bitcoin through bitcoin-profitapp.com because of the many benefits it provides.

Also Read: Why is Bitcoin a Better Investment Than Altcoin?

Comparison Between Cryptocurrency and Money

Look into the comparison between cryptocurrency and money to find whether the former is capable of making itself the future of money:

Money replaced the barter system. People in old times were not able to identify whether it was worth buying a bag of onion in exchange for a liter of milk. So, the government introduced a common denominator that can be used for the trading of services and goods.

Even though cryptocurrency is not a legal tender, it is still used to carry transactions in the same manner. For example, Elon Musk has started accepting bitcoin as a payment mode for his vehicles (Tesla). But, there are some businesses and retail stores available in America and Japan where you can pay your bill in Bitcoin or crypto, but they will convert your cryptocurrency in the dollar to generate an invoice. Crypto is not a legal currency in many states, and people cannot use it as a physical currency.

As a fixed unit of value, people use the money for fixing the price of the goods. However, cryptocurrency is extremely volatile, and it does not have a fixed value. But according to experts, this is because only a small portion of people hold cryptocurrency. If more and more participants keep adding to the market, it is possible to stabilize the value of cryptocurrency.

Despite all the issues concerning value, crypto is still being used as a currency by people. It is widely used by people, and it has been added as a payment option in PayPal. Even many famous coffee shops and online shopping platforms are allowing customers to buy crypto gift cards. So, it clearly shows it is not that long before cryptocurrency comes into the mainstream.