Provably Fair Gambling – What Is It? Does It Really Work? 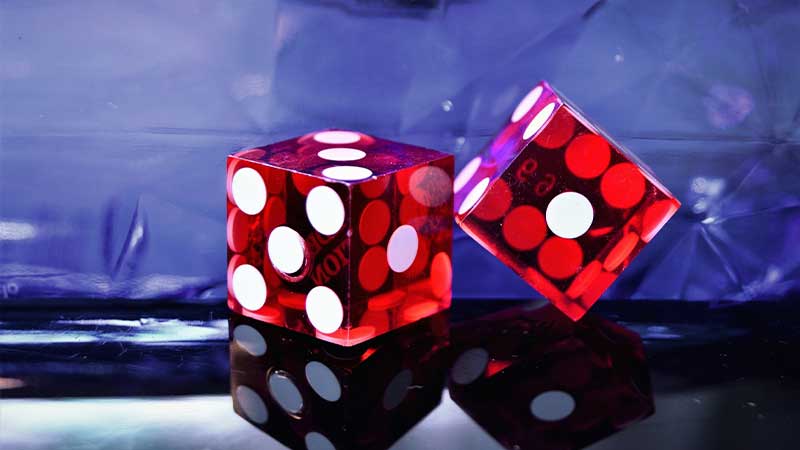 There’s a scene in the classic movie National Lampoon’s Vegas Vacation (yes, “classic” might be a stretch) where the lead Clark and his brother-in-law Eddie are desperately trying to win back their money.  They decide to visit an off-Strip casino, which offers players “alternative” games.  It turns out that these games include hilarious renditions of Rock-Paper-Scissors, “How Many Fingers Are Behind My Back?”, and “What Number Am I Thinking?”.  Even watching this as a young kid, I laughed at how absurd it was.  Granted, the rock-paper-scissors concept could actually work if you could ensure fair timing;  and yes, I would pay to watch the World Championship with a $1 million top prize on the line; if you try and picture the intense absurdity, you’d watch it too.  But the other games were just… unfair.  Where’s the accountability to someone holding out fingers behind their back?  Or thinking of a number, for that matter?!  The provability of fairness simply didn’t exist.

That line of thinking, however, led to much more concerning thoughts.  While there are gambling authorities, and they monitor casinos, how easy would it be for casinos to cheat their players?   There is some amount of auditing and spot-checking, but with millions to be made it wouldn’t be all that strange for your odds as a player to be lower than they should be.  Being audited by a government agency is not the same as being provably fair.  It’s not like the players leaving the casino compare notes on who won, who didn’t, and if the odds lined up with what is advertised (this Ocean’s Eleven meets Moneyball would be another movie I’d pay to see).

But if going to a physical casino isn’t guaranteed to be fair, what is?  Online casinos have the same risk of unfairness as physical casinos—except in many cases, without much if any government regulation.  The only real protection when playing at an online casino is reputable, and that is more about blatant theft and fraud than playing fair.

So now that we’ve had an existential crisis around the state of real vs. perceived fairness when gambling, how do we fix it?  Sadly, there aren’t many good answers for physical casinos, and for most online casinos.  The great news is, the emergence of blockchain may for the first time provide players with true, tamperproof fairness.  Provably fair gaming is a growing trend in crypto gambling.  It uses blockchain elements to take away the need for trust, using techniques to layout the game plays after the fact—but allowing players to verify that each play was fair according to the game rules.  Seeing how this could solve not only the emerging issues with online casinos but also the inherent mistrust of physical casinos, let’s look at how provably fair gaming works with crypto gambling—and what it means to the future of gambling worldwide.

The secret to making anything fair—especially when money is involved—is to remove trust from the equation.  If we are playing a game and can see every move that is made, and there is no possible way to cheat, then it doesn’t matter if we trust each other; trust has nothing to do with a fair game because we have verified evidence instead.  This is the core foundation of “provably fair”.  It’s a tricky problem for games where you can’t see the other player; or if you’re online, don’t have full access to every line of code used.  While some games are more easily proven than others (like Blackjack), up until very recently there hasn’t been a mathematically driven way to address this problem for all games.  However, a wonderful side benefit of blockchain technology actually solves this, creates impartial games, and makes crypto gambling the safest bet in town—at least where provably fair is used.  But what is provably fair and why does it work?

How Many Fingers Behind My Back:  A Provably Fair Intuitive Example

Before we discuss the mechanics of the blockchain-based provably fair technique, let’s ease in with a loose example.  Say that Clark and Eddie are back at the shady casino, but they use provably fair gaming to show that games cannot be rigged.  Here’s what “How many fingers am I holding out behind my back?” would work.  Before the game, the dealer and Clark would each provide a secret code, which would generate an encryption action.  Either can submit a piece of information to be encrypted, and either can use their code to decrypt and see the information.  But once posted, the information can’t be changed.  The game begins, and the dealer holds fingers behind their back.  This action is photographed and put on the system.  Once done, Clark gives his guess which is captured and encrypted in the same way.  He then enters his secret code to unlock the proof of what the dealer is holding.  Once the photo was taken, the dealer could take no more action and be simply unable to cheat.  The play was captured and encrypted for Clark to view and was unchangeable to both.  Either side could be greasy and completely untrustworthy; but it doesn’t matter, because the system is immune to either party’s behavior.

Let’s say now that Clark is crypto gambling at a highly rated crypto casino that uses Provably Fair methods.  What would this game look like using blockchain?

In the above example, the decrypted information provides all sides with proof that the game was indeed fair and untampered with.  THIS is probably fair at its core and at its best, and it allows crypto gambling to be not only possible but guarantees fairness in a way that no other casino can—including physical, well-regulated casinos.

Without the use of blockchain, this innovative approach to provably fair would be impossible, and there is likely no other possible solution that can take trust out of the equation and remove it as a system weakness.  Crypto gambling may be new, but it is by no means the “wild west” of gambling.  If anything, it further highlights the absurd security and trust issues with traditional gambling.  In a way, crypto gambling using provably fair methods makes any other type of gambling seem as untrustworthy as playing a game of “What Number Am I Thinking?”—for money.