How to prepare for Maths Olympiad 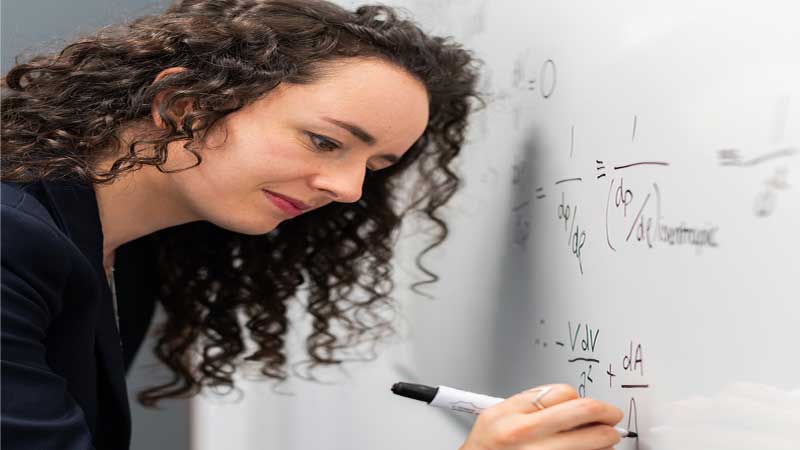 The IMO is the abbreviated form of the International Mathematical Olympiad, which is the World Championship, organized for Mathematics Competition for High School students. The IMO is held every year in different countries.

The very first International Math Olympiad was held in Romania, in the year 1959, with the participation of 7 countries. And, gradually IMO has been expanding to over 100 countries from the continent.

The Board for IMO ensures the annual organization of the competition, and also they make sure that each country that hosts this IMO adheres to the regulations and traditions of IMO.

Nonetheless, mathematics is such a subject that is found to be one of the most scoring and interesting subjects, which requires the students to gain command over the concepts.  But, due to negligence and lack of focus, some tend to face difficulties and thus state it to be the scariest subject.

Before the popularity of IMO, it used to be a much smaller competition. In the first IMO in 1959, only seven countries participated, i.e. Bulgaria, Czechoslovakia, German Democratic Republic, Hungary, Poland, Romania, and the Soviet Union. Since then, the IMO competition has been organized annually.

In the beginning, there were no stable formats for organizing this competition. But, with time this IMO competition became stable and unchanging. Each participating country sends a team of 6 contestants, and each one of them competes individually without any help or collaboration. Also, there is a team leader from each country, who participates in the problem selection and is thus kept separated from the respective team till the competition gets over. And also, there is a deputy leader who is in charge of the contestants from their respective countries.

It is a two days competition, wherein each day the students are provided a time limit of four hour hours thirty minutes to solve three problems, for a total of six. The very first problem is generally considered to be the easiest on each day, and the last question is considered to be the toughest. Though, there are many notable exceptions for the difficulty level of the question. The marking pattern is designed in such a manner that each problem is worth 7 points, thereby making a total of 42 points for all the questions. The number of points which is scored by a contestant depends upon the result of negotiation and agreement among the problem coordinators which are assigned by the host country, and the team leaders, as well as the deputy, try to defend the interest of the candidates from their respective country.

This grading system ensures a comparatively objective grade which is seldom off by more than a two or three-point.

Students from various standards can appear for these IMO or International Mathematics Olympiads, and thus they must prepare well to face such a high degree of competition amongst the participating nations. The IMO Maths Olympiad Previous Year Question Paper Class 6 2013 provides an insight into the examination pattern, and the marking scheme which is of immense help to the students to make effective preparations for the upcoming Olympiad.

Knowing the Correct Syllabus is the Key:

Refer to the Right Books:

As the participants have got an idea about the respective syllabus, it’s time to prepare for the Olympiad. Referring to the right study materials is essential as it would help in the easy grasping of the concepts as well as reduce the hassle while making preparations for such a competitive examination. The right books for such preparation must cover all the topics and contents which are relevant to the IMO syllabus. Moreover, the study materials chosen must be inclusive of previous year papers, workbooks, Olympiad Skill Development System, mock test series, and many other helpful materials.

For easy reference, the IMO Maths Olympiad Previous Year Question Paper Class 6 2013 is helpful for the students of class 6, to prepare effectively for their respective maths Olympiad.

Try to Grasp the Concepts Firmly:

The questions which are given in these Olympiad examinations are framed in such a manner that they are concept-oriented types of questions. As mathematics is an application subject, thus it is necessary to have a clear understanding of the concepts to improve one’s problem-solving ability.   The students must strengthen their concepts by following a regular revision regime and practicing sample questions for better grasping of the concepts.

As being said, practice makes a man perfect. Thus, it is necessary to practice the numerical more often to perform better in the Olympiad. Moreover, practicing results in enhancing one’s time-management ability which is of immense help to appear for these competitive maths Olympiads.

Thus, these are some strategies that must be followed by the participating candidate to make effective preparations for this maths Olympiad. Also, participating in this maths Olympiad is helpful in the fact that it boosts the candidate’s reasoning and thinking power and also helps them in their academics too. Hence, it is also necessary to maintain a proper diet to stay healthy so that it would help in making effective preparations for these Olympiads.