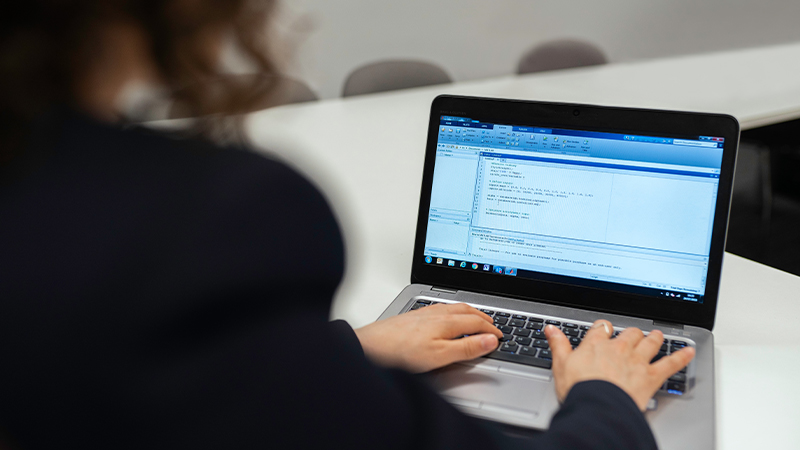 Everyone who enjoys spending hours on a console once fantasized about making their own game. If you dreamed that too, you could become a video game developer and make those ideas you have in your head come true. Can you imagine playing with your friends something you developed yourself?

This post will tell you the necessary skills to be a video game developer.

What Does a Video Game Developer Do?

The question seems silly, but the truth is that video games are created by large teams in which the roles are well defined. So, if you work in a video game studio, you may be in charge of the development of:

As you can see, many sub-specializations within the specialization mean for a programmer to work in video games. It also sets the tone for the different skills that must be acquired to work as a video game developer.

In turn, like any other project, the creation of a game is divided into different stages: conception, design, development, and marketing. Each one will require different professional profiles since the technical and soft skills needed to imagine the story of a game are not the same as those needed to program or define a marketing plan.

Also, you can read: How to Become a Full Stack Java Developer in 5 Steps

Skills Needed to be a Video Game Developer

Also, what their role will be if they work with a team and what will be the challenges and obstacles they will have to overcome throughout the game. Of course, like any script, it is necessary to imagine the scenarios where the different stages of the videogame will take place.

From this, everything else will be defined, since taking into account these data, it will be necessary to design the image of the characters, their way of moving, and speaking, among others. The script will be influenced by the scenario design, as will the audio because the sounds will differ depending on whether the game takes place in the desert or the city.

You don’t need to be a psychologist, of course, but you must be able to define what motivates the character and how he acts or reacts to what happens to him during the game. Does he scream, insult, jump, or ask for help? This knowledge will also help you understand what attracts users and what makes them want to play and keep playing.

Likewise, you will have to think about what rewards to give a player at different game stages to keep him hooked and how you will make him interact with the other players and with the other characters in the game.

Every video game involves the creation of models that contemplate the distribution and creation of probabilities of outcomes according to the different actions taken by the players. This ability to create probability models will allow you to define different difficulties in the game levels, which makes it more attractive to players.

Can you imagine how boring it would be if all levels were equally difficult? Think about FIFA. Without mathematics, all players would run at the same speed and have the same power to kick at the goal. You should also know about Game Theory.

Can you imagine that a bullet doubles in the middle of its trajectory? Or that a basketball player flies from half court to tip the ball? That would be unrealistic, wouldn’t it? If the idea is to have a game that simulates reality as well as possible, the physics behind the different elements must be realistic.

It is necessary to know how the air affects someone who is flying, knowing about fluid mechanics if we will make a character go into a river. It is also important to know about basic rotation, friction, or gravity issues. The more physics knowledge the videogame development team has, the more realistic their game can be.

A good game stands out for its images, sound, 3D graphics, and texture of graphic elements. Knowing about music, modeling, lighting, and everything needed to develop the image and sound of a game will be a great advantage when becoming a video game developer.

Developers usually use different languages, depending on the type of game and the platform it will be released.

Video game developers must master at least one game engine. The main functions of a game engine are the following:

The most popular is Unity. This game engine makes it possible to centralize all these functions and thus makes it feasible to create a video game compatible with various platforms and consoles. Some of the games that use Unity as an engine are Pokémon Go, Monument Valley, and Crossy Road.

One of the advantages of Unity is its large community of users. It will give you access to a large number of colleagues who can help you and support documentation.

Also, Read to Know: What is NFT Game Development?

This part is essential since it is necessary to know how to develop test cases and to be able to run these tests to find possible errors in the development of the video game.

Not everyone can be a game developer; it requires a large number of skills and a fairly wide range of knowledge. But if you are a true gamer and want to be on the other side of gaming, it is never too late to start learning all the skills that a game developer should have.